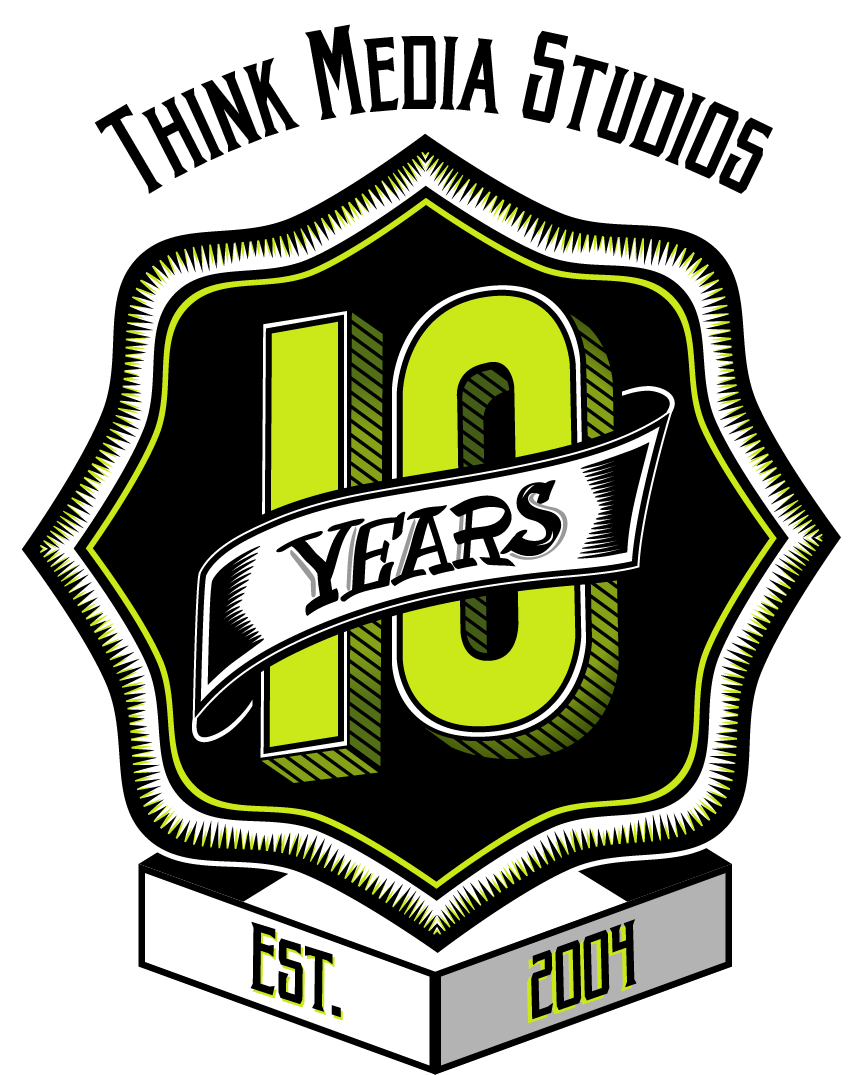 As part of our 10th Anniversary year, we will be introducing you to the personalities behind the Think Media Studios logo. These are the people who bring character, humor, and fearless creativity to the videos we produce. But first, our story…

Born and raised, in Cleveland, Think Media Studios founder, Brian Glazen moved to Los Angeles, CA in his early twenties to learn from the film and video industry’s best. Determined to set himself apart from the throngs of industry hopefuls trying to make a name for themselves, Brian’s relentless networking and tireless tenacity led to projects with some of the biggest names in Hollywood.

When it came time to settle down and start a family, he returned to his hometown of Cleveland. Upon his return home, Brian took a position with Glazen Creative, his father’s company.  It only took 6 months for Brian to realize his burgeoning desire to oversee complete direction.  With his father’s blessing, he resigned from Glazen Creative and started Think Media Studios the very next day.

Brian started Think Media Studios in 2004 with very little money and a great deal of risk. Being resourceful by nature, he called in favors to get office space and borrowed $35,000 to buy equipment. His new office was an empty office from a closed down company. “I remember clearly that it had piles of wires in certain spots across the floor from network and phone wiring in piles that used to run through cubicles that were once there. In my broke, yet creative way I bought plywood and painted it fun colors and made fake walls to hide the wiring.  I even brought in old mannequins that I spray-painted in my garage to make me look creative,” Brian recalls.

By 2006, Think Media Studios was growing exponentially.  We began attracting the attention of high profile clients and started seeing our work recognized through numerous awards.  It was around this same time, we doubled our edit facilities, increased our staff, and signed off on an architectural plan to totally renovate our offices and add a state-of-the-art, on-premises studio.  In just 2 short years, Think Media Studios had arrived on the scene with gusto.

One of the things that make us unique is the non-traditional level of autonomy within our 17-person team. While the needs of our client are most important, no voice is unimportant when it comes to conceptualizing and executing projects of any size. This single ethos is a break from the standard process of creating multimedia and Brian credits this approach for our success to date. The outcome of this approach is a nimble, highly creative and award-wining team of creative professionals.

In this industry, it is imperative that infinite trust be given to the creative minds that drive client outcomes. Think employees are encouraged to freely express ideas and opinions with limitless boundaries. This culture was formed from Brian’s own passion to work with like-minded people each day.  This same culture is the reason Think Media has the same employees today as we have had from the very start. Brian openly credits his employees not only for our success to date, but also for reminding him of what his company stands for and the endless growth opportunities that abound.

Fast forward to 2014 and Think Media Studios is leading the industry in innovation, technology, creativity, and service. This is evident through the distinguished local names that have put their trust in us to tell their story. “I think that if you’re operating from a rigid place you may end up producing something good but you’re also going to keep producing the same thing over and over again. In our business we can’t rely on what we’ve done. It’s all about what we’re doing next and it has to be fresh,” says Glazen.  2014 also marked the addition of our second feature film, Fishing Without Nets, that won for Best Direction at the 2014 Sundance Film Festival.