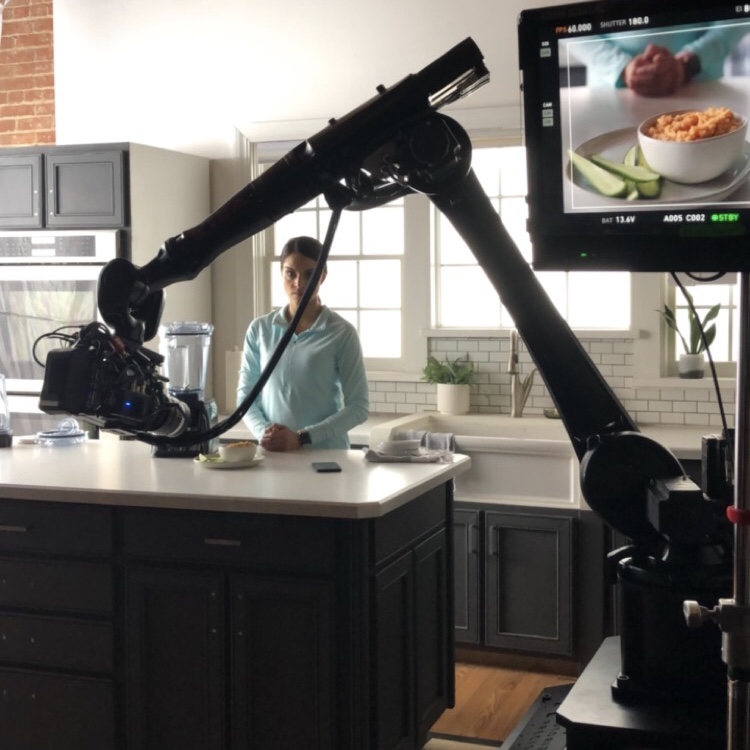 Think Media Studios worked with Motorized Precision and their robotic camera, the Kira 2.0, to complete a series of videos with some of the fastest and most precise camera moves we have ever produced. In collaboration with our client, Vitamix, we used this as an opportunity to create a number of assets for their ‘Perfect Blend App’.

Working with this camera was something Think Media director, Ryan Girard, had been waiting to do for some time. Weighing in at roughly 3,500 pounds (the same amount as the average car), the Kira 2.0 operates with high-speed precision to create smooth footage and easily supports the capacity of cameras such as our new ARRI ALEXA Mini.

Ryan Girard realized this project with Vitamix would be a great opportunity to use the Kira. The creative brief for this project stressed how easy the ‘Perfect Blend’ app was to use, so Girard wanted to find a way to create exceptionally smooth camera moves in order to mimic the ease of use in the app.

This cinematic robot is unlike any other tool we have used before in carrying out a production for our clients. Motorized Precision, based in Portland, Oregon, shipped their Kira 2.0 all the way to Cleveland for us to use. Along with the Kira, CEO of Motorized Precision, Sean Brown, travelled to our shoot to come operate the specialized software that the Kira uses.

In order to set up each shot, Brown would set a beginning and end point for the robotic arm holding the camera and then move through the preferred path of action four times in a row, gaining speed each time, before we were ready to start rolling. This element shows just how precise each camera move intends to be in order to receive smooth footage that looks so effortless when the final product turns out.

The Kira can reach top speeds of four meters per second, which is pretty impressive considering we can usually only create camera moves at speeds of one meter per second. Using this camera allowed us to achieve unique final product we had been excited to try out for some time. This project and the ‘Perfect Blend’ app just so happened to be the perfect project to try it out.

Here is a behind the scenes look at the process of preparing and working with Kira. Watch to see how we handled it from beginning to end.